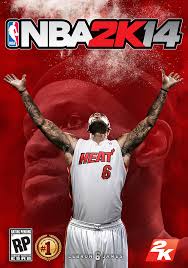 Every time a crazy trade or big free agent signing happens, I ask myself, “is this team going to be fun to play with in 2K?” Along with my obsession of the NBA as a whole, I am an NBA 2K fiend. There’s nothing better then playing with all your boys and getting into those crazy competitive match-ups. Ask the Chode, he won’t even talk to me throughout the game because he’s so focused (and I still beat him 70% of the time LOL). But that’s besides the point.

Below I will give a few teams that I think will be very fun to play with in next years video game, but not necessarily at the top of the NBA this season. Something to keep in mind: I purposely kept the Knicks, Clippers, Bulls, Thunder, and of course the Heat off this list. These teams are obviously the best in the game and easiest to play with.

*The lineups below may not be the starters in the actual NBA, just the lineups I would go with. Obviously, everyone has their own style of play and is entitled to their own opinion.

Three lefty’s in a starting lineup is pretty crazy, but this new look Pistons squad should be a very good team in 2K14. It may lack in the shooting department, but how is an opponent supposed to get any type of rebound when you have these three bigs on the court. Not only that, but Detroit also has two of the premier shot blockers in today’s game with Drummond and Smith. If you’re able to get the shot down for KCP and the lefty slinger Brandon Jennings, this could be a great team to run with. It might be difficult to spread the floor with only two shooters, but there’s no reason why you shouldn’t dominate the paint.

This Pellies squad is an extremely interesting team. It’s not always the best move to go with a three guard line up, but how could you put one of those three on the bench to start the game. This isn’t real life hoops, it’s a video game! This type of team is one that I suggest you constantly run the floor with. With a quick center and three guards along with a spot up shooter, there’s really no reason to play any sort of half-court basketball. Get Eric Gordon’s shot down, and he instantly turns into one of the better scorers in this game. Size might end up being a factor in some of the games you play, but you should be able to counter that with the overall speed of this team.

Like many have been saying already, this team is very similar to the 2009 Orlando Magic. You have a premier center surrounded by shooters and an incredible back up center in Asik (in ’09 it was Marcin Gortat). As you can see above, I tweaked the starting line up a bit; personally, I have never been a big fan of Lin in 2K. He’s not a great shooter and he’s too small to drive with. Get Patrick Beverly’s shot down and he can drain. And someone please explain to me how your opponent will be able to get a clean look at the basket? Asik and Howard are basically the two best rim protectors in the game, making your opponent launch up threes and jump shots. You’ll also grab every single board! And we all know how great Harden is (euro steps on euro steps) This team has size and shooters, which should definitely equal wins.

The Golden State Warriors were my team in NBA 2K13. I loved having the three guard offense, inserting Jack into the lineup, and then sliding Harrison Barnes over to the PF spot. But I must say, I don’t have an issue swapping Iggy for Jack. For some reason, Andre Iguodala is a stud in 2K. He’s so strong and can dunk the shit out of the ball; he’s incredible in transition and creates havoc on the defensive side of the ball. Oh, and don’t forget you have the best shooting back court in the game by far. Leave Curry or Thompson open for a second and they’ll drill the trey bomb. I like this team a lot, having two extremely good shooters, two very good big wing players who can run the floor and also a defensive anchor/rebounder in Bogut. If I get this team in my three randoms, I find it tough to pass them up.

Ahh, the Brooklyn Nets. So old, yet so good on paper. This translates into a great video game team. With this starting lineup, you might just have a top seven player at each position. And don’t forget their bench is very good, so when the old guys run out of gas at the end of the first quarter, you can put in some pretty solid players. With this squad, you have three very good three point shooters, a defensive anchor in Garnett, and two seven footers for rebounding and clogging the paint. Although Lopez can’t rebound for shit in real life, you shouldn’t have a big issue grabbing boards with him in a video game. This Brooklyn Nets team may not make it out of the second round in the playoffs, but they are sure as hell a good video game team.

And now a word from Jake Weiner…

If you’re a big NBA 2K junkie like Geo and me, you’ve probably heard that EA Sports’ NBA Live franchise is being rebooted, releasing a new game for the first time since NBA Elite 11, which was obviously horrible. Although I see no reason to switch from 2K and can’t imagine Live topping it, it’s worth looking into. Kyrie Irving will cover the game, and EA Sports released a trailer for it last week:

The graphics look pretty sweet, but all we’re seeing is Kyrie dribbling the ball and making weird facial expressions. Let’s be real. The Live franchise is dead. Its last two attempts didn’t even make the shelf and 2K gains more momentum every year. I’ll withhold final judgment until we see more of the game, but EA Sports should probably just give up and focus on Madden from now on. Although recent developments in the “College Football” franchise don’t bode well….

NBA 2K14, with LeBron James on the cover, comes out October 25th!