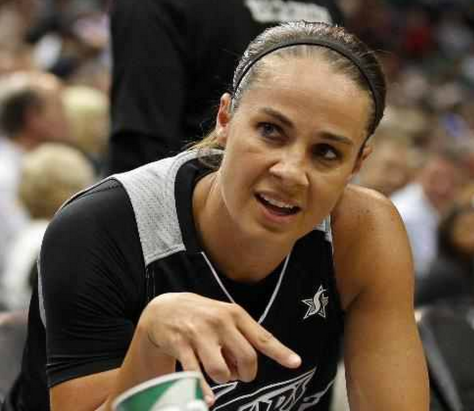 When I woke up yesterday morning and saw the news that the San Antonio Spurs hired Becky Hammon, a woman, as their assistant head coach, I immediately called my Dad to let him know of the great news. As a female former high school basketball player and someone who knows enough about the sport to hold my own, I felt empowered to be reading about such an exciting step forward in the NBA. In a sport so heavily dominated by male staff, management, ownership, and where the NBA is undoubtedly more popular than the WNBA, it is pretty exciting to finally have a female play such an important role for the defending national champions. I am very excited to follow the Spurs this year and see how well their new assistant coach does. As someone who used to play sports, I can’t help but think about the amazing impact this history will have on all younger female athletes around the nation.

Another element of this story, however, is how much emphasis people put on the fact that she is a female. Yes, the reason this is “history in the making” is because she will be the first full-time female assistant coach the NBA has ever seen. However, she was not hired just because she is a female. She was hired because she is just as qualified as any other person who could have had the position. Head coach Greg Popovich, owner Peter Holt, and the rest of the San Antonio Spurs organization would not have hired Becky Hammon if she was not qualified, so it is very important that she be recognized for her qualifications and not just her gender.

Overall the Spurs did a pretty incredible thing by helping make history today and hiring a qualified and exciting person to fill the spot of the San Antonio Spurs assistant head coach. This is an exciting move for the defending champions and I look forward to seeing how they do this season.