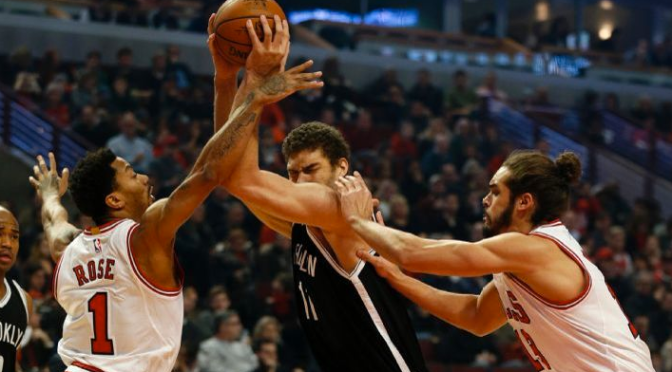 Sometimes in sports you just don’t have it. And boy, did the Bulls not have it. After rattling off seven straight wins, the Bulls continued their shooting woes from the latter part of the game in Indiana, as Derrick Rose and Jimmy Butler combined for 5-27 after Rose went 5-20 against the Pacers. It was a rough night for the Bulls, as no one on the team seemed to be able to bail them out against a Brooklyn team that hasn’t had a victory against a winning team all season.