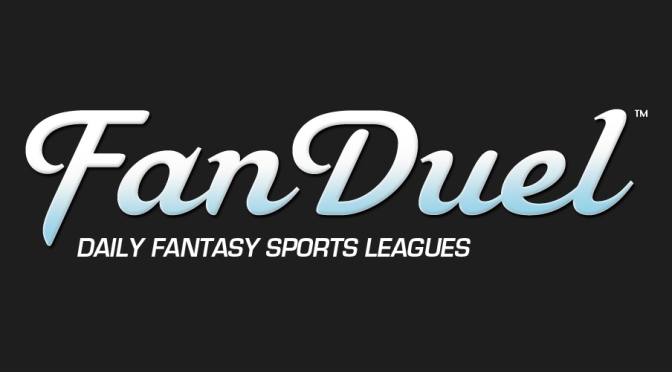 If you’re like me, you spend hours on DFS nearly every day. Truthfully, there are countless ways you can build a winning lineup, and even more countless ways you can spend your time researching and digging through stats to build it. One commonly overlooked aspect of building a winning lineup has nothing to do with the day you’re actually building that lineup. I’m talking about really sitting down and taking 10 minutes to look over the previous day’s winner of the GPP you played in. More so, look at the top 10 on the leaderboard of your GPP and analyze each and every pick and try to reverse engineer what that person was thinking and why. How did this person make sense of the market today, and take advantage of weaknesses and strengths. Let’s take a look at February 11th’s 13 game slate so I can give you an idea of what I’m talking about.

First, I’ll show you what I had…

I won’t spend much time here because I really had a crappy lineup. Somehow it managed to cash in all three of my 50/50s and I made $12 on the night. James Johnson was dubbed the starter again about an hour before tipoff and his salary was rock bottom so I thought I was getting a lot of value there. That was really my first mistake, as I should’ve spent up more there and gone with a mid-tier option like Middleton, Parsons, or Ariza. Truthfully, I got lucky because Johnson was one of the most owned SFs of the night, so it didn’t sink me. The other mistake I made was going for Tyreke and I suppose Asik. That game should’ve played a lot closer, but the Pelicans just did nothing and the pacers were great. It probably made more sense to go with Oladipo or a Lou Williams/Crawford there and take my 30-35 points and upgrade elsewhere.

Now, let’s take a look at the winner of the Wednesday 150K NBA Shot tournament. On a night like Wednesday where there were 13 games, I wouldn’t worry about making contrarian picks, except in the case of James Harden, so I really won’t include much talk about being contrarian in this article. 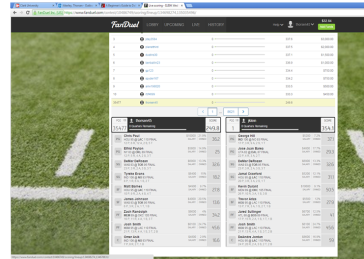 This guy went after a lot of players I really like on Wednesday. Barea was an excellent option, especially as Monta Ellis was a GTD. I used him in my DK lineup, but not on FD. There’s really not much analysis that needs to be done here. That pick made a lot of sense. Barea had been playing really well with Rondo out and had a great matchup against the Jazz. The other PG pick is the more unique pick, which helped propel him up the leaderboards. George Hill was owned in just 7.2% of entries, and was certainly on my radar, but it felt riskier, which is why I went Payton who was supposed to see an uptick in usage with Harris out. Anyway, Hill was coming off bad games against San Antonio and Charlotte. Neither are particularly good defensive teams, but before that he had a small stretch of 30+ FP games. The Pelicans were giving up the most FPPG to opposing PGs over their last five games (thanks Russell), and had played in a number of tough games recently giving Hill a reasonable opportunity for another 30+ FP night. On a night where PG scoring was relatively low, Hill was the greatest value. 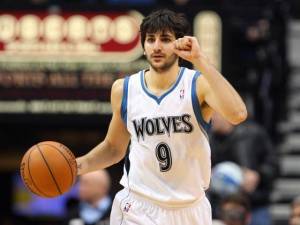 The strategy of going cheap at PG on Wednesday was really what you needed to do. There was so much value with guys like Rubio, Hill, Parker, Barea, Clarkson, Chalmers and Payton, that you really didn’t need to spend up for a Steph Curry, Chris Paul or Russell Westbrook although you could have done fine with either Curry or Westbrook (more so for Curry). The main lesson you can take away from Wednesday night here is that on large slates the position with the most viable plays is where you need to save your money, as you can get much more overall value out of cheaper guys than the high priced studs.

jklein didn’t blow anyone away at the SG spot, but most importantly he faded Harden, Tyreke, Thompson, and Monta (obviously). The Harden and Monta fades were easy, but the Tyreke and Thompson ones were a little harder to make. DeRozan was a quick lock in my lineup and I bet jklein’s. He just plays too big of a role in the Raptor offense for his price of $6,900, and the Wizards were going to be without Beal in a seemingly close game. I was surprised to see him owned at just 13.3% in this GPP. He made another very safe play with Crawford at his second SG spot. The LA/Houston game was a game that I was planning to go after hard (as you can see by my Paul, Barnes, and Smith plays), and jklein had a similar strategy while nabbing Crawford, Ariza, Smith, and Jordan.

Again, on a big slate it can pay to take certainties over wildcards. Crawford at $5200 was almost a lock for 25 FPs, and facing Houston on a back to back left room for upside if Houston fell behind (which they did in the fourth quarter). 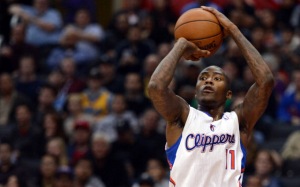 Small Forward was a position where you could’ve gone in a million different directions Wednesday. There were attractive options everywhere and at all tiers of salary. I don’t think I’m alone in saying that the position can be somewhat of a crapshoot at times. Going with the “safe” theme, he took KD at home against the Grizzlies. Not an ideal matchup, but you know in all likelihood Durant will get you a minimum of 40 FPs. It worked out well in his favor as Durant was the top scoring SF on the night, and was only owned in 9.1% of entries. If you’re paying up for Durant, it makes sense to go cheap at the other SF spot, especially with aspirations of getting DeAndre Jordan as your Center. Thus, he went for Ariza in a game that had the highest O/U of the night and a close spread. Smart! Personally I liked Barnes more, and he was the better value but hey, he won. 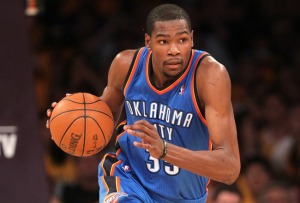 Josh Smith was another guy I knew I had to have Wednesday as he had a great matchup against the Blake Griffin-less Clippers and had been on a roll without Dwight Howard around. Super easy pick to make. Going with Sullinger was quite a bit ballsier, but the spread was surprisingly small for that game if I remember correctly (maybe 7.5), and he had been playing really well since he was taken out of the starting lineup for being late for a walkthrough a couple weeks back. Anyone who finished in the top ten Wednesday had Sullinger, West, Josh Smith, or Jason Smith. There was really not much else you could do there with the exception of Dirk. 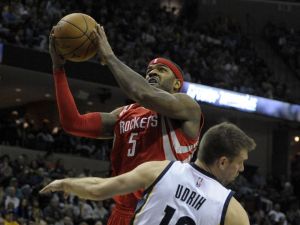 That being said, PF was definitely one of the weakest positions Wednesday loaded with a lot of iffy matchups and poor punt options. Instead of paying up for picks like Favors, Millsap, Bosh, or Aldridge, he took Sully, who was sure to be a huge part of the Celtics win if they were going to keep the game close, and it held true. Honestly, the Sullinger pick was probably the riskiest pick outside of maybe George Hill this guy made, but more importantly it allowed him to spend money on guys like Durant and Jordan, who were in much better positions to produce solid numbers in weak position groups.

Finally, the pick you almost had to make to finish high on Wednesday was DeAndre Jordan. I toyed with throwing him in my lineups, but decided against it because I thought the value with Asik was too good to pass up while AD was out, and it was contrarian. Well I was wrong about that, and he went for 59 FPs while only being owned in 17% of entries, which was nearly 8% less than Josh Smith. I partly shied away from Jordan because I thought the market would go really hard on him, and there was a chance of getting in foul trouble against the white hot Harden. The important takeaway from that is don’t bother trying to be contrarian on giant slates. Let the market do its crazy things, and take guys you know will perform at or above expectation (Smith, Jordan, Durant, Barea, Hill, Sullinger). 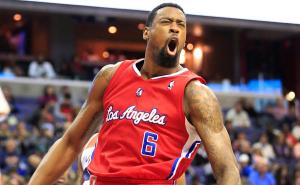 Looking at the top entries from Wednesday tells us a few things. First, on big slates like this it’s important to remember to not try to be overly contrarian. Let the market do its crazy things, and just pick who you like to have a nice game. Josh Smith only being owned in 25% of entries is insane. The odds of him going for 5 or 6x value was likely the highest of any PF.

Another thing that’s important, but difficult to do on a big slate, is make sure you’re spending your big money wisely. It was all too easy to fall into a trap of spending big on Curry or Paul Wednesday who had good scenarios for big production, but that would’ve left you with significant holes elsewhere. The PG market was very strong, and he took advantage of that by playing Barea and Hill who were both criminally undervalued by both the market and salary. SG was also very strong with a lot of good mid-tier plays, so he attacked the strength of that spot as well landing two high usage players in DeRozan and Crawford and avoided spending big on Harden, Thompson or Evans, which were all riskier than DeRozan and Crawford. Nothing crazy, but both would keep him in the running to cash a GPP.

Then, he spent big on Durant and snuck a great value play in Ariza into his lineup. Durant was one of the top scorers of the day, and had a very good floor for production Wednesday, which made sense in the always unpredictable SF group. However, there were a number of solid value plays that day, so you could’ve done fine with two of those and spending on Curry instead, but the top four entries all had Durant.

Josh Smith was then an easy decision for a lot of people, but Sullinger was a sneaky good pick. The Hawks had been struggling against PFs, and had played a lot of tough games recently. I don’t love the pick, and would rather have David West, but Sullinger won him this GPP. More importantly though, he avoided falling into a trap of just spending up at a position when you’re not sure who to pick there, and landed two guys in Smith and Sully who play big roles for their respective teams when they’re in the game.

Finally, he went with another safe, but extremely high upside pick in Jordan, who had scored 60 FPs in his previous game without Griffin. Again, an easy pick to make in retrospect, but this is why we’re reverse engineering this lineup and understanding the strategy. To get back to my main point, on big slates it’s important to not make very unusual picks for players with high upside. The market will do that for you, and you’ll be able to take advantage of knowing that and landing a big number of great value plays. However, on smaller slates it makes more sense to go contrarian as you need picks to differentiate yourself from others if there are only four or five games that day.

I hope this analysis proves useful to you, and please don’t hesitate to contact me on twitter (@thoreosnmilk) or by email at thor.akerley@gmail.com for DFS or fantasy sports related questions!