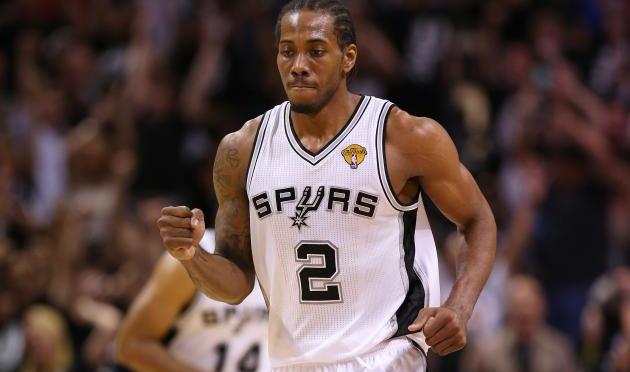 I hope you were able to put up with last week’s craziness and learn a thing or two about basic economic concepts and their application to the NBA.  Today, we’re going to couple last week’s lesson with some of the league’s latest happenings to construct profitable trade opportunities.

Remember, the key to developing trade targets and expendable trade chips is understanding where pockets of excess supply and excess demand exist.  Hopefully, you’ve taken the last week to identify these two parties specific to your league.  For simplicity sake, I’ve established lists of candidates for both that should generally apply to most scoring settings. 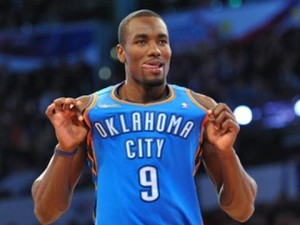 Pockets of Excess Demand (where buyers will buy at the slightest of opportunities)- Kawhi Leonard, Blake Griffin, Serge Ibaka and Ty Lawson.  Notice how this group of players all have demonstrated superstar ability but have under performed (to some extent) in the early part of the season.  Nonetheless, their respective performances probably have been affected by short-term noise and there is a high probability that they bounce back sooner rather than later.  I included a guy like Ty Lawson on this list because prior to posting 15+ assists in two out of his past three games. the former Tar Heel had been reeling a little bit in Denver. Leonard is dealing with this weird, fluky eye issue. Ibaka is weathering the storm until KD and/or Russell Westbrook get back. You get the jist.  If you have one of these guys, don’t sell low.  If somebody in your league is impatient and a bit short-sighted, give him a ring immediately after you finish reading. 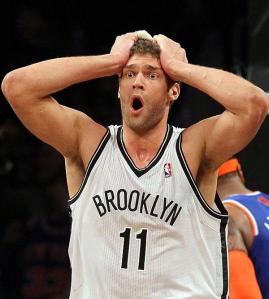 Pockets of Excess Supply (where sellers will sell at the slightest of opportunities)- Goran Dragic, Al Jefferson, Dwyane Wade, Brandon Jennings, Kenneth Faried,  Brook Lopez, Josh Smith.  One thing these guys all have in common- a fundamental, serious obstacle that impedes each asset’s long term value.  For a guy like Dragic, it’s the glut of point guards in the Valley of the Sun. For players like Big Al and Brook Lopez, it’s their inabilities to jump and gobble up rebounds. Scott Skiles had similar remarks regarding a certain Bulls’ big man a decade back..  For creatures like Jennings and Smith, it’s their unwillingness to play team basketball. For Wade, the fact that he can’t physically be counted on for extended periods of time significantly deters his value. You get it. All of these guys are expendable if someone will ante up.  A suave owner would best either a) underpay for such assets or b) avoid them altogether.

Once we’ve established our targets, it’s finally time to formulate trades.  Here are some strategies that I find most effective.

1. 2 for 1 or 3 for 2 in shallow (10-12 teams) leagues– I talked about this last week, but the strategy of acquiring less elite players and giving up more good players is preferable when one’s opportunity cost for refilling roster spots is less significant.  In other words, the value of a rotating roster spot depends on the strength of your league’s waiver wire.  If I could get a guy like Boogie for Dirk and someone like Wes Matthews, I’d do it every time.

2. Selling into strength– When deciding it is most opportune to part ways with an asset, selling into strength is a counter intuitive must.  Most people understand the notion of buying low and selling high, yet these same individuals cannot successfully enact this strategy when the appropriate time comes.  At the height of one’s excitement regarding a certain individual’s play, a crafty fantasy owner should be asking themselves if it’s time to sell.  In the market, the phrase “Bulls make money, Bears make money, Pigs get slaughtered” has held true throughout history.  When profits (good trade opportunities) are there, take ’em and don’t look back. Even if the asset continues to perform or even outperform, green is green.  When you play in a league with 11 or so of your friends, the ability to have trading partners is often taken for granted.  It’s important that your friends feel like they are getting a fair (or even superior) deal when you decide to pull the trigger.  You never know when you’re going to need to draw from the well again :).

3. The Initial Offer– This may be common sense, but if you’re serious about getting a transaction completed, you best not make your first offer your best one.  As a buyer or seller, your strongest source of leverage is keeping your reservation price private.  If you spill the beans from the get-go, it will be nearly impossible to capture the edge in your trade.  Along with this strategy, I find the underutilized tool of proposing a “serious” offer, deleting it, and proposing a lessor offer very effective.  This tactic plays off the idea that recency bias is legitimate in fantasy basketball markets.  Even if you constructed the initial offer thinking it was too light, it will look great in comparison to the second offer and will provide you a solid starting point for progressing talks.

4. Knowing, then asking what the market needs– Bringing the article full circle, understanding the intricacies of the market is essential to sustainable success.  To put it simply, you need to understand your opponents’ strengths and weaknesses better than they do themselves.  Additionally, understanding his or her personality and biases toward marquee names is also beneficial.  It will allow you to a) not offend the person on the other end and b) potentially give up less real talent if you play your cards right. By asking what your opponent needs, you are already operating in good standing and your odds of getting a trade done are substantially higher.

You’ve got the basketball knowledge and you’ve got the strategies. Now, it’s up to you to turn your team from a dud into a stud.

Thanks for the read and happy Thanksgiving, 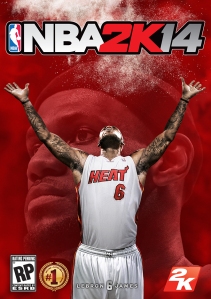 In case you missed it, the makers of NBA 2k14 released a bunch of player ratings yesterday.  This basically means we are that much closer to putting off all of our schoolwork and running our friends in the new game. 2K14 is set to come out in about two weeks, so make sure you put that 60 dollars aside now.

As anticipated, some of the players were pretty underrated. It seems like they don’t give a lot of love to the big men, which breaks my heart because I’m such a low post force at the Rec. Come on, 2K sports!

Below are a few players who I thought weren’t rated properly. The rest of the ratings that were released are below.

Brook Lopez (81) The most consistent player on a solid Nets squad last season, also seemed to play unreal against the Bulls in the playoffs.

Marc Gasol (83) Won Defensive player of the year last season and is arguably one of the best centers in the game.

Roy Hibbert (81) Killed the Heat in the playoffs and the anchor for a defensive squad.

Harrison Barnes (76) Thought his coming out party in the playoffs would have bumped him up to the low 80s.

Steven Adams (58)  Kidding, just thought this rating was so low I had to mention it.

LeBron James (99) I know, I know, it’s LeBron. But the next highest rating on the list is Kevin Durant at 94! In real life or NBA 2K, I don’t think LeBron is that much better than KD. While he’s obviously the best in the league, LeBron should probably be closer to 97 if the other elites are in the low 90s.

Derrick Rose (92) I’m not making any friends today. All I’m sayin’ is that 92 is pretty damn high for a guy we haven’t seen play in over a year.

Rajon Rondo (90) This is even crazier. Rondo is not two points better than Steph Curry (88) or one point worse than Russell Westbrook (91). He’s a great passer, but struggles to score unless he has a lane to the basket. Curry and Westbrook are far more dominant 2K players. Oh, by the way, Rondo is rehabbing a torn ACL with no timetable for a return. WTF, 2K sports?

Kobe Bryant (93) Maybe I’m wrong and Kobe will have the greatest return from an Achilles tear ever, but it’s a big jump for 2K sports to assume that. A healthy Kobe is maybe a 93. 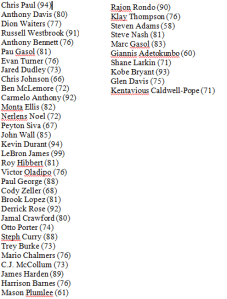 Sometimes the DRaT guys text about stuff. Usually its really dumb and laced with profanity. But sometimes its worthy of its own post. Everyone, enjoy the first of many future installments of Textversation! 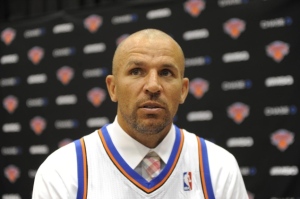 Geo: Of course. But come on nets haha!

Bicky: I think Kidd will struggle. Gonna ride his PG hard. The greats aren’t great teachers usually. To them it’s like “why don’t you get this?????”

Geo: So you don’t think Ewing’s gonna turn the Bobcats around? LOL

Bicky: Lol don’t him and Jordan not get along?

Weiner: He’s been a player coach for 3 years and successfully transitioned to a role player.

Bicky: Ya true true. Just think Shaw would be better. Think Kidd can get Brook to play D? Wouldn’t you want the guy who’s been working with Hibbert?

Geo: It’s very close. Even Lionel’s available. I think the Nets are pretty talented in some areas just need direction. They have a crazy owner willing to spend too.