Coming in four games over .500, the Bulls looked to provide some cushioning on Wednesday night against the Lakers, with a matchup against Cleveland looming. Despite maintaining a lead through much of the game, the Bulls ultimately let one get away at the Madhouse on Madison. Ultimately, it was a tale of two benches as the Lakers were able to squeeze past the Bulls with contributions from throughout the rotation. 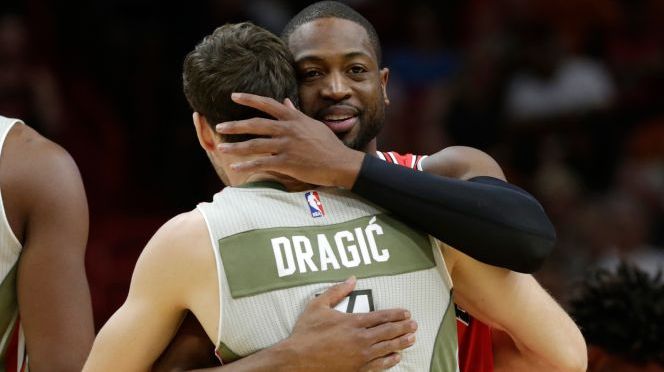 After an exciting 3-0 start, reality hit the Bulls with a three game losing streak. Coming off another loss, the Bulls looked to hit back against a respectable Eastern Conference foe, the Miami Heat. Through nine games thus far, the list of guys who have stepped up for the Bulls continues to grow, but perhaps it was the lack of reliance on one guy that helped the Bulls keep the Heat contained through each quarter. Not for a lack of trying, Dwyane Wade failed to make a significant impression in his former home arena.

On a night where it seemed like the entire city of Chicago was watching game seven of the world series (including yours truly), the Bulls played their fourth game of the season against the Boston Celtics. This was a big game for the Bulls early on this season, considering that the Celtics are considered to be one of the few teams that have a fighting chance against the Cleveland Cavaliers. However, the Bulls dropped their first game of the season 107-100 in a tightly contested battle that dropped the Bulls to 3-1 on the year.

In case you missed it, this off-season, the Bulls ditched Derrick Rose, Pau Gasol, and Joakim Noah, and replaced them with The Big Three (lol) of Dwyane Wade, Rajon Rondo, and Robin Lopez (… no, you’re thinking of Brook Lopez. Almost the same thing). The arrival of these three is in line with the plan to get younger, faster, more athletic, and complement Fred Hoiberg’s patented Hoiball TM. Well, alright, not exactly. Ok, not at all. But maybe they can be good anyway because getting into the playoffs is fun. Let’s break down the Bulls home opener as they move to 1-0 on the season (undefeated!).

In what’s been a well-documented flurry of moves this offseason, the Bulls have gone from faux Championship contenders that couldn’t even make the playoffs to a group of old, run down has-beens. What Gar Forman and John Paxson tried to sell as a move for the future (excuse me, what?) is really just a sorry attempt at trying to put butts in the seats with names like Dwyane Wade, Rajon Rondo, and Robin Lopez in the starting squad alongside Chicago crowd favorites Jimmy Butler and Taj Gibson. GarPax could arguably get a pass for last year’s disaster, since it seemed like the plan in hiring Fred Holberg was to get younger. Instead, they traded in parts for a used car – one that might get you halfway there before stalling out and breaking down.

The Bulls will not only fail to make the playoffs once again, but will fail to beat the Vegas over/under of 38.5 wins. You might be scratching your head saying “Hold up, hold up, D Wade just finally came home to Chicago, had a great year last year, we got Rondo who’s one of the best passers in the league, both have won championships, and we got RoLo, who’s an underrated defender, and we got new young talent like Denzel Valentine, Spencer Dinwiddie, Isaiah Canaan. Plus, we got Bobby Portis, Cristiano Felicio, and Tony Snell coming back. Finally, we have a couple shooters in Doug McDermott and Nikola Mirotic. How can you say the Bulls won’t make the playoffs much less win 39 games?” I’m glad you asked! Let me break it down for you…

If Bulls’ head coach Fred Hoiberg couldn’t get last year’s Bulls with Derrick Rose, Joakim Noah, and Pau Gasol to run an effective offense, he certainly won’t have any luck with this crew, who is hobbling on just as many bad knees. Hoiberg’s scheme works best with quick outlets and fast breaks, three-and-D shooters, and early screens to open up the floor. It requires agility and athleticism combined with sharp shooters. If what I just described doesn’t sound like the new version of the Bulls, it’s because it isn’t. Last year, the Bulls’ offensive efficiency was abysmal, ranking 25th in the league, and I have a hard time seeing it get much better this year with a slew of inexperience combined with guys in wheelchairs. McDermott will continue to shoot well, but Nikola still struggles with the pace of an NBA game and hits the three ball less than 40% of the time – not what you want to see from one of your supposed sharp shooters. The Bulls have reportedly encouraged Wade to shoot more threes, so let’s just put it this way: when one of your three-point threats is Dwyane Wade, you’ve got other issues you’re trying to hide.

The Bulls were unremarkably average last year. Their defensive efficiency ranked 15th in the league. It might make sense that the Bulls would get slightly better this year now that Pau Gasol is off the floor, replaced by Robin Lopez. However, opponents’ ORtg against the Knicks went up by 1.9 with Lopez *on* the floor, compared to Gasol, who made opponents 1.3 points *worse* when he was on the floor – a three point swing. Add to it Rondo and Wade, who allow 1.7 and an astounding 6.1 additional points for their opponents, respectively, compared to Derrick Rose’s poor, but not D Wade-poor, 4.1. The Bulls defense is in trouble. Expect their defensive efficiency to be in the bottom third of the league this year.

If the Bulls’ offense could overcome their imminent defensive struggles, then the team might fare okay and be about a break-even squad. VORP might be the one area you could argue that they’ll win some extra games, if you break down each star player that was dished compared to the one brought in: Pau Gasol ranked 17th in the league with a VORP of 3.5, as much as he was picked on last year, Derrick Rose: -0.7 (yeah, yikes), Joakim Noah: 0.6 – for a sum total of 3.4; whereas, Rajon Rondo: 1.9, Robin Lopez: 1.9, and Dwyane Wade: 1.6 for a total of 5.4. Multiply the difference in VORP (2.0) by 2.7 to achieve Wins Above Replacement and you might come to figure that the Bulls will win an extra 5.4 games this year, putting them at what would be 47 wins compared to last year’s 42, and enough for the playoffs. But that assumes no decline among Rondo and Wade who are both over the hump, and it also assumes one more massive and glaring problem that the Bulls have:

The (Not) Bench Mob

What bench does this team have? The Bulls have a rotation of about eight guys that they can sort of count on for 25-30 minutes. Butler, Rondo, Wade, Lopez, Gibson, McDermott, Mirotic (one, two, three…. seven) – make that seven guys that they can sort of count on. They *might* be alright for 30 minutes per game, but they’re going to get crushed for the other 18, and like Tom Thibodeau used to suggest: You have to play all 48 minutes if you want to win. Valentine, Walkup, Portis, Grant, MCW – they’ll have their moments, but they’re all going to need some time to grow and it won’t come together before the Bulls are mathematically eliminated from the playoffs. If this team sees an injury to any of their main rotation players, which isn’t that unlikely considering their ages, then you might as well write this season off completely.

GarPax: If you’re going to break it up, tear it down. Instead, the Bulls broke it up and replaced it with crappier parts in an effort to limp into the playoffs for a first round exit.