I’m not sure how many doom and gloom articles have been written about the Bulls this year, but there’s about to be one more added to the list. In what can only be described as an absolute thumping, the Bulls (31-35) lost to the Celtics (42-25) on Sunday afternoon 100-80 in a game that somehow wasn’t as close as the score indicated. There are numerous stats that illustrate the Bulls ineptitude in this contest but I think one stands above the rest. With under 10 minutes to play in the second quarter, the Bulls had amassed a grand total of three field goals and had managed to turn the ball over six times. Their turnover to field goal ratio was an astounding 2:1 with under 10 minutes to go in the first half.

This one started bad and stayed ugly as the Bulls managed to score a measly 26 points in the entire first half. That was “good enough” for lowest mark of any NBA team at the half this season and only three more than the Bulls franchise low of 23 in a half.

There were several issues with the offense, especially in the first half. The most glaringly obvious were the spacing issues. There were times in the first half when there would be four of the five Bulls on the court on the same side of it. Or four Bulls clogging the lane at the same time. These issues are pretty predictable for anyone who looks at the Bulls roster and fails to see a premier outside threat. But there were some possessions that were just downright laughable, even for this space challenged squad.

Of course, there were other offensive issues as well. Turnovers remained an issue for this squad, and general shot-making was a challenge to say the least. The Bulls actually managed to find some open looks despite their spacing problems only to clank the majority of their opportunities. The Bulls finished the first half 11/43 from the field, 25 percent. It’s hard to stay in any game shooting at that clip, especially against a quality team on the road.

Dwyane Wade had one of the more memorable quotes of the day in a post-game interview where he was asked about minutes for potentially ill-prepared players on the roster. His response: “I wish upper management could be answering these questions. Because I’m tired of answering them” (via KC Johnson). Wade’s candidness about the front office is rather refreshing in the midst of a five game losing streak. I’m sure Bulls fans would like a similar explanation as far as what exactly Gar Forman and John Paxson are planning in terms of the future of this roster.

Wade however, didn’t exactly back up his post-game talk on the court. The Marquette product finished the game with just 8 points in 26 minutes while accumulating a career-worst +/- rating of -37. That’s a hard number to reach being on the floor for just over a half of basketball. Wade wasn’t particularly bad (minus a defensive gaffe in the first), but if you’re not part of the solution than you’re part of the problem. So he gets a black mark for that reason alone.

Elsewhere, Cameron Payne, the Bulls newest addition, continued his struggles. Having been given the backup point guard duties and seeing an increase in playing time, Payne showed he still has a long way to go before having an impact in this league. Payne scored 7 points and added 3 assists in 20 minutes on 3/7 shooting. However, he also managed to turn the ball over a concerning 5 times and generally showed little grasp of the flow of the offense. Things weren’t much better on the defensive side of things as Payne was constantly being taken off the dribble leading to easy baskets in the paint for the Celtics.

It’s hard to give an MVP to anyone for their performance yesterday, but Robin Lopez would have been the most deserving. The starting center scored 13 points on 5/6 shooting and displayed his normal hustle to grab boards even when things were getting out of hand. Say what you will about his skill, Lopez always goes 100% and never takes a play off.

For Boston, Isaiah Thomas did his thing, going for 22 points on an efficient 9/14 shooting. Al Horford also had himself a nice game scoring 12 while grabbing 7 boards and handing out 6 assists. The Celtics will need Horford to have  well-rounded game if they are going to pull the upset of the Cavs in the playoffs this year. Boston needs that balance on the roster as they can’t solely rely on Thomas to do it all come playoff time.

Next Up: The Bulls travel to Charlotte tomorrow to take on the Hornets in an attempt to halt their five game skid.

The Bulls have been teetering on the edge of a downward spiral in their last seven games, somehow squeaking out a record of 3-4 by holding on to victory against the Kings after Sacramento mounted a tremendous comeback, and besting the Oklahoma City Thunder. It’s going to be a tall task from here on out for the Bulls to maintain their composure and try to sneak into the playoffs, especially with their difficult upcoming schedule.

Tonight, the Bulls had a minor respite against a struggling Suns team, who had lost eight of their last nine games, and came in with a pitiful record of 16-37, the worst in the West. But all did not go according to plan, as the Bulls made things harder on themselves, losing 115-97 in Jimmy Butler’s first game back from a heel injury. 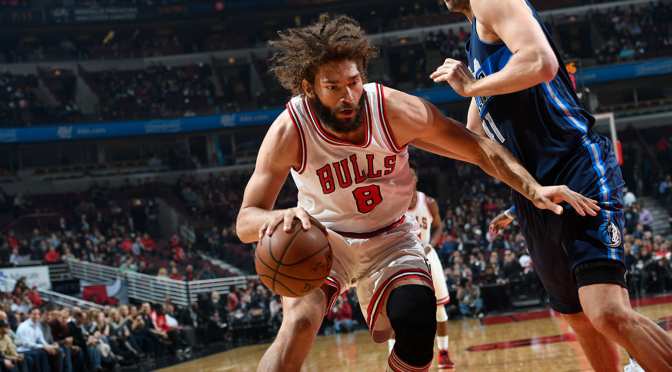 Well I wish I could say I’m surprised. Coming off back-to-back wins including an impressive W on the road in Memphis, the Bulls (21-22) did what they do best, confuse the hell out of you. While Taj Gibson was out of the lineup tonight with a minor injury, there is no excuse for losing to the Dallas Mavericks (14-27) at home. One month after blitzing the Bulls in Big D by a score of 107-82, the Mavs squeaked by the Bulls 99-98 (no Big Mac sorry) on Tuesday night. Let’s take a look at how one of the more disappointing losses of the season unfolded. 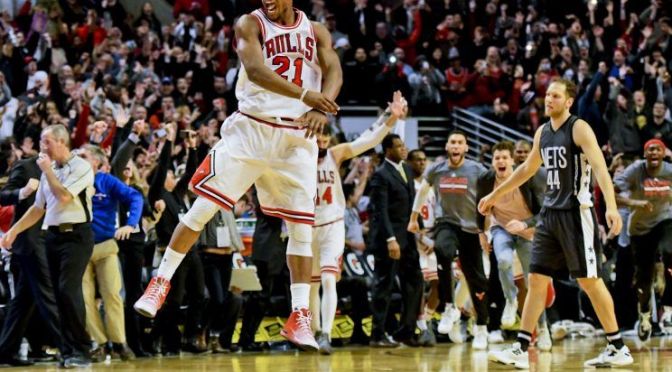 On Wednesday Night at the United Center we were treated to a game that resembled a a heaping pile of turd with a pretty bow on top. I use this analogy because for the first 47 minutes of the game, we were treated to a snooze fest between a team that was 1-14 on the road coming in (Nets) and a team that had lost six of its last seven and had shown little fight in any of those games. But let’s break down that final minute of the Bulls (16-16) 101-99 win over the Brooklyn Nets (8-23).

What just happened? In the simultaneously most AND least surprising game of the season, the Bulls (13-11) blew a 21 point lead at home to one of the worst teams in the NBA. The Bulls lost a clunker to Minnesota 99-94. Yes Thibs (making his anticipated return to Chicago) is a good coach, and yes, the Timberwolves (7-18) have some talent with Karl Anthony-Towns (KAT) and Andrew Wiggins, but let’s face it, the Wolves are a bad team. And somehow the Bulls found a way to blow a game where they were firing on all cylinders for the first 12+ minutes of the game. Let’s break down the Bulls worst loss of the season, shall we?